In the good old days – before LED lighting had even been thought of, the wattage of a lamp was a pretty good indicator of its lumen output.

Why are Novah talking about lumens NOT watts?

In the good old days – before LED lighting had even been thought of, the wattage of a lamp was a pretty good indicator of its lumen output. The process of creating light was mechanical and the physical properties of light creation were easily correlated between input and output.

Not so any more. Each LED luminaire is a mini-computer, with a driver, chips and a PCB. As such, there is almost no predictable correlation between wattage and lumen output. Let me give you an example.

When we first started to develop LED lighting, 15 years ago, we were delighted to be able to achieve 45 lumens per watt. That means that a 100W highbay would be really fantastic if it generated 4500 lumens. Now, our Sirius, Hellion and Atlas highbays are working on over 140 lumens per watt. That means that for the same 100W input, the luminaire will generate 14000 lumens – nearly three times as much light. We are recommending lower and lower wattages for our clients as efficiency is improving, saving energy costs and capital expenditure – a 75W high bay is cheaper to buy and run than a 100W high bay.

If you want the right level of light, it is essential to talk lumens not watts – LED luminaire efficiency varies wildly between different suppliers and Novah are pioneering some of the most efficient luminaires.

Let us know your thoughts on this matter – it is an area that we are keen to educate the market in and we want feedback as to how to do this. 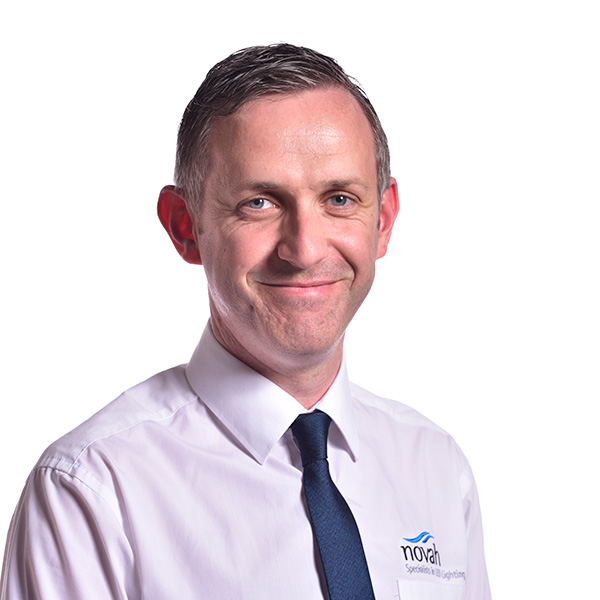 View OTHER Blogs BY
Phil

What is the Enhanced Capital Allowance

Why are Novah making LED lights with selectable output?

Do I need a Return on Investment Calculation?

What can you expect from Novah in the case of a no-deal Brexit?

Why are Novah talking about lumens NOT watts?